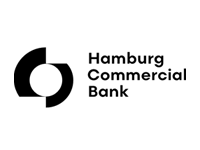 Hamburg Commercial Bank AG is a private commercial bank that resolutely looks at things from the perspective of its mostly medium-sized corporate clients. The roots of our Bank are in the north; the institution is also represented in the German metropolitan regions and in the markets of Europe and Asia. In May 2006, HSH Nordbank received a license from the Federal Financial Supervisory Authority (BaFin) to issue all three types of Pfandbriefe pursuant to the new Pfandbrief Act (PfandBG) that came into force on July 19, 2005. HSH Nordbank is thus taking advantage almost of the Pfandbrief market's entire breadth, i.e. it issues public Pfandbriefe, mortgage Pfandbriefe an ship Pfandbriefe.

(*) Notes to the column Spread