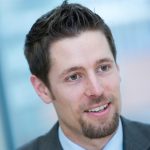 Sustainable covered bond issuance has been one of the few, if not the only, bright spot in covered bond primary markets this year. Issuing sustainable debt simply adds a strategic angle to raising debt at a time when raising pure liquidity has been anything but a priority for banks.

With the EU having published the Taxonomy Delegated Act (DA) on 21 April it is a good time to look at what this could mean for green covered bond issuance. It is also a good moment to give an update on the relative pricing between sustainable and conventional covered bonds and to look at whether there are systematic differences in investor distribution and classic primary market metrics.

What impact will the taxonomy have on green covered bond issuance?

Covered bond issuers active in green covered bonds have typically resorted to the CBI approach of 15% top in class mortgages. That’s why there was such an outcry when the EC all of a sudden focused on level A EPC only late last year. Virtually none of the issuers out there would have been able to be in line with this requirement. With the shift back to the TEG proposals, issuing green covered bonds that are in line with the taxonomy will be doable.

With overall EUR benchmark covered bond issuance currently clocking in at EUR30bn in 2021, we have already seen seven sustainable covered bonds this year for a total of EUR5bn. This is a mere EUR1bn shy of full year 2020 issuance and it represents a share in overall issuance of almost 20%, roughly triple the 2020 percentage. 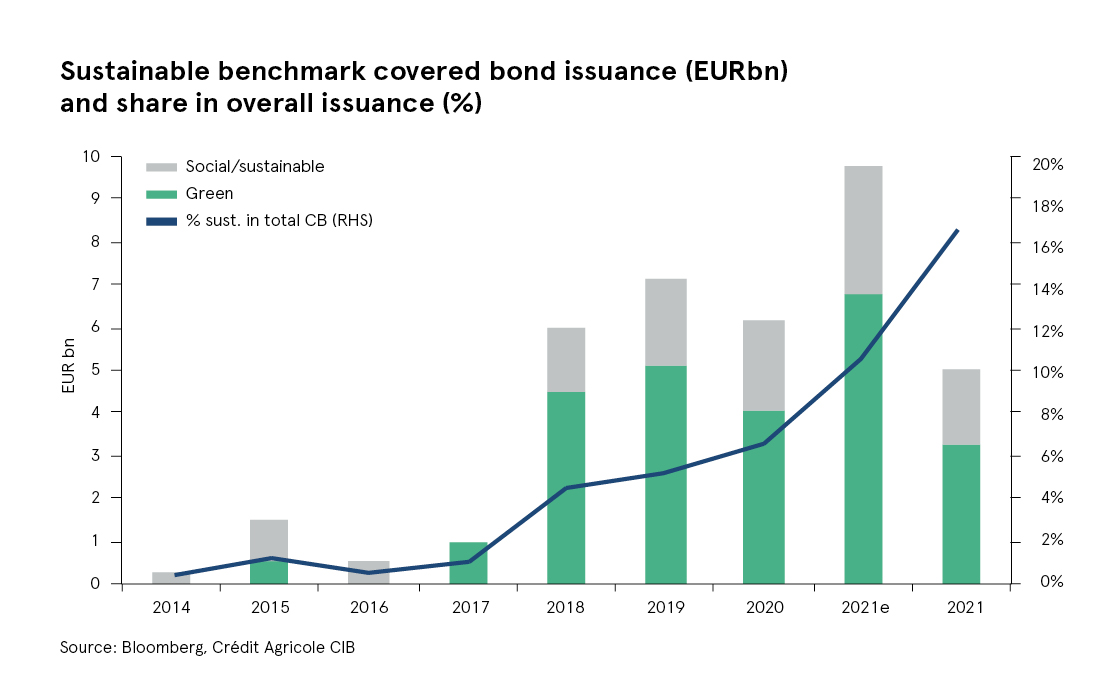 While we have been able for a long time to compare conventional to sustainable bonds in SSA markets, the situation has been slightly trickier for covered bonds. Issuance volumes have simply been rather small and it has been harder to find conventional – sustainable pairs from the same issuer to isolate the greenium. At the same time, the size of individual covered bonds is much smaller than is the case for SSAs and with the Eurosystem depressing liquidity further one always needs to be cautious when analysing covered bond spreads these days. 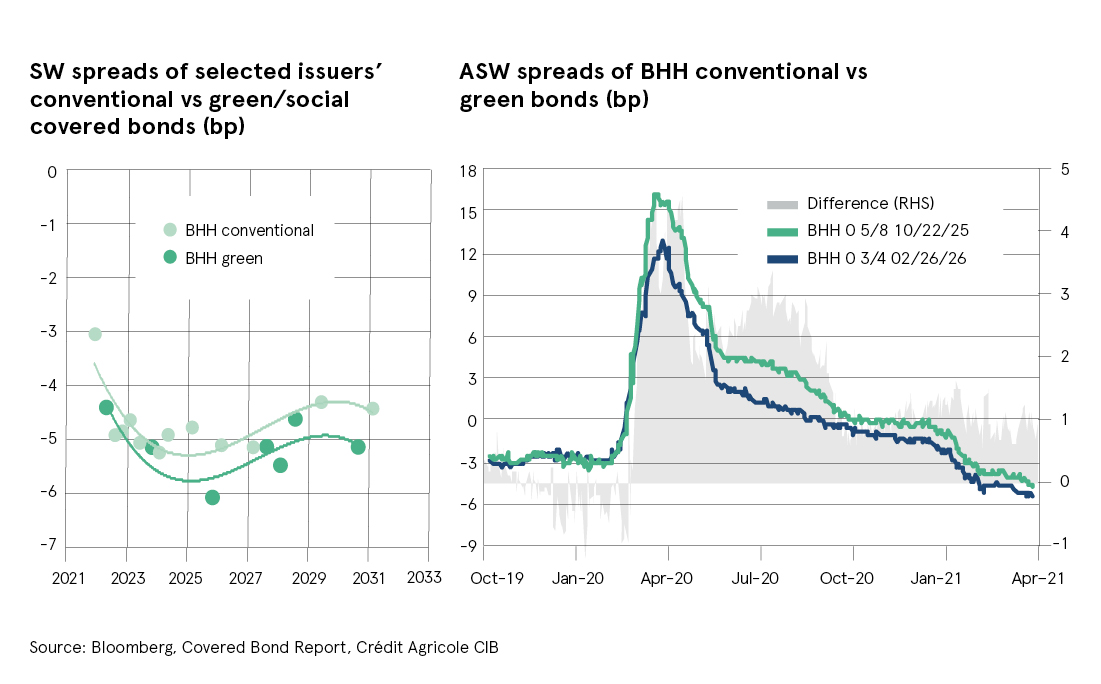 For KFW or the EIB, we have in the past seen the greenium reach as much as 5-7bp. However, when spreads widened in spring 2020, green SSAs underperformed conventional bonds and they were also slow in reacting to the change in sentiment. Investors must have favoured the larger deal size and thus better liquidity of the conventional bonds. Most certainly when the market turned, it was driven by opportunistic accounts that wanted to be able to trade in and out of positions rather than the long-term, stable, buy-and-hold investors that have been present in sustainable markets.

KFW is trying to mitigate the liquidity element these days by issuing larger green bonds (it recently priced a EUR4bn green bond). Hence, should we run into another sell-off, the smaller gap in size and liquidity terms should lead the green bonds to do what one would expect them to – widen less.

The fact that we saw green covered bonds outperform conventional ones in spring last year strengthens the liquidity vs sustainability argument. After all, unlike in SSA space, there is no marked size difference between green and conventional covered bonds. Hence, there will very likely not have been any shift in investor preferences between liquidity and sustainability during the volatile early Covid-days. Green Pfandbriefe of BHH for example did prove to be less volatile and the same can be said for CAFFIL and DNBNO. The fact that the spread between the two types has come back is rather down to the overall squeeze in the market, lack of issuance and hence, market supply-demand imbalance that we have typically seen only in sustainable debt markets in recent years.

With the current lack of issuance, the imbalance between supply and demand that we have long seen in sustainable bond markets, has by now also arrived in conventional covered bond markets. Hence, when looking at deal metrics between green and social covered bonds issued in 2021 and conventional ones, there is hardly a difference to be found. They all get swallowed up by the market at virtually no or even negative NIPs.

The EC moving back towards the TEG proposals means investors can realistically expect green covered bonds in line with the taxonomy to be issued going forward. Just how quickly this emerges in size will depend a number of question marks to be resolved around how to apply the taxonomy rules and it will depend on banks’ need for liquidity. Banks have prioritised sustainable issuance so far this year. However, to see a noticeably bigger green covered bond market, banks will have to adjust their funding structures more fundamentally away from long-term central bank money to more long-term wholesale funding.

If and when the market does normalise in terms of issuance and also secondary market liquidity, issuers will also be able to see the actual benefits of sustainable covered bonds in their funding operations. At the moment even conventional covered bonds get snapped up at tight spreads. However, in more liquid parts of the EGB and SSA space, green bonds already trade with a premium to conventional bonds.

The EU Taxonomy and Green Pfandbriefe