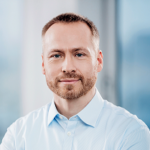 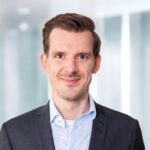 As the pandemic winds down, the issue of social housing in particular is coming into focus in the covered bond segment. Rising interest rates, inflation-related increases in construction costs and a price environment that has remained dynamic in the majority of European markets in recent years make the topic of housing one of the most important social issues of our time. Thus, in recent months, a number of newcomers have entered the social covered bond market whose programs focus on the issue of social housing. These include issues by Yorkshire Building Society and Berlin Hyp. DKB’s latest issue also focuses on social housing, after the issuer previously focused on water management. Nevertheless, the share of newly issued social and sustainability covered bonds compared with the overall covered bond market in the EUR benchmark segment is currently declining. After doubling to 6% in 2021, the share of social/sustainability issues in the EUR segment is only around 3% in H12022 – also driven by the generally higher issuance activity in the covered bond sphere. The total issue volume of social/sustainability covered bonds reached the equivalent of EUR 3.7 billion in H12022 in all currencies – and we have seen the first social covered bond in GBP. All other issuances are EUR-denominated.

In general, social covered bonds fund projects that help to deal with a specific social issue and/or seek to achieve positive social outcomes for specific target groups. Sustainability Bonds provide the possibility to finance both green and social projects under the same format. Social and sustainability covered bonds have the same high security standards and risk profiles as “regular” covered bonds. Therefore, there should be no significant price differences between comparable covered bonds.

In the absence of corresponding legal foundations and a social taxonomy, which is currently still in the works, corresponding market standards have emerged in recent years in the form of the Social Bond Principles (SBP) and the Sustainability Bond Guidelines of the International Capital Market Association (ICMA). Both principles deliberately do not contain a final classification of project categories in order not to pre-empt corresponding national and international legislative initiatives.

Based on the Social Bond Principles, the following six areas of application are possible, but not limited to:

In general, social projects according to the ICMA standards should be aimed at specially – but not exclusively – defined, specific population groups, which is an important element of the Social Bond Principles that might include people living below the poverty line, the unemployed, or certain vulnerable groups. The definition of these target population groups depends on local circumstances and may also include addressing the general public.

Many projects in areas like social housing or education serve social and environmental targets at the same time. The ICMA standards suggest that a classification of the proceeds as a social bond in this case should be based on the issuer’s main objectives for the underlying projects. At the same time, issuers have the opportunity to intentionally mix green and social projects in a sustainability bond program. In the covered bond space, this can include for example energy efficient buildings, the reduction of waste or emissions. It can be attractive for issuers to pool both green and social project categories to generate sufficient lending volumes and sufficient assets for regular issuance.

Most issuance programs apply ICMA’s voluntary market standards, which focus on transparency, disclosure and reporting. As a basis for a social or sustainability bond program, a corresponding framework should be created that addresses the following four core components:

Additionally, the ICMA standards recommend that issuers have an independent third party to verify the alignment of their framework with the SBP (second party opinion). Furthermore, to facilitate the issuance of social bonds, ICMA published a “Pre-issuance Checklist for Social Bonds/Social Bond Programmes”, which aims to give guidance on the necessary steps for establishing a Social Bond Framework. In addition, ICMA provides a standardized impact reporting for social bonds.

Regulatory developments – the proposal for a social taxonomy

Origin of the social taxonomy

Besides the permanent discussions and measurements to strengthen the standardisation in the green sustainability space there is an ongoing debate in this regard on the social side, too. The main driver from a political and potential future regulatory perspective is probably the concept of a social taxonomy. In February 2022 the “Final Report on Social Taxonomy” was published by the Platform on Sustainable Finance (PoSF), an expert group to assist the EU Commission in developing its sustainable finance policies. Its subgroup (4) works on the social taxonomy and is still pretty small, so it is doubtful that the multitude of aspects associated with social questions and answers are adequately represented. Nevertheless, the signal effect should not be underestimated and the echo in the capital market has already been varied. Compared to a former proposal, the new concept discards the idea of a “vertical” and “horizontal” dimension and adheres closely to the structure of the current EU (environmental) Taxonomy. This is to be welcomed, because it synchronizes the concepts and makes it easier for market participants leaving open the possibility of combining both taxonomies in the future.

The taxonomy proposal distinguishes the addressees, the objectives and the contribution of social activities. This approach is complemented by other aspects to derive or substantiate this process in more detail.

The single aspects of the social taxonomy

The starting point of the suggested structure within the social taxonomy are the addressees of social action in the context of business activities, defined as stakeholders. These include an entity’s own workforce (including value-chain workers), end-users/customers and affected communities (directly or through the value-chain).

The next step in the concept is the definition of relevant goals that can have a positive influence on the life and livelihood of the stakeholder groups. Based on the major social topics and established international norms and principles, three main objectives are defined: decent work (including value-chain workers), adequate living standards and wellbeing for end-users such as inclusive and sustainable communities and societies. These main goals are complemented by a non-exhaustive list of proposed sub-goals to outline a wider range of social activities and to better illustrate the content of the keywords. Moreover, these explanations are required to meet the pragmatic needs for the later application of the taxonomy.

A crucial question is which business activities promote the achievement of the proposed (sub-) objectives and how they can be measured. With reference to the environmental taxonomy, the current structure of the social taxonomy proposes to use different categories of ‘substantial contribution’ to reflect these issues. The first one is to avoid and address negative impacts on workers, end-users and communities- where one or more stakeholder groups can be referred to, depending on the respective objectives. Secondly, activities to enhance the inherent positive impacts of social goods/services and basic economic infrastructure, e.g. providing access to water, sanitation, housing, education or healthcare. Thirdly, economic activities are defined which enable a substantial contribution to be made in other activities. While the first and third type can be used for all objectives, the second is applied to only two goals: ‘adequate living standards and wellbeing for end-users’ such as ‘inclusive and sustainable communities and societies’.

The core structure of the social taxonomy, defined by stakeholders, objectives and substantial contribution, is supplemented by further aspects, which are intended on the one hand to ensure consistency with the procedure of the environmental taxonomy and to deal with questions and concerns that have arisen in the course of the above discussion on the other hand.

The proposed Do No Significant Harm (DNSH)-criteria serve the same goal as in the environmental taxonomy: to ensure an activity which serves a certain social objective does not violate other social goals. As in the environmental taxonomy, it will be challenging to define such criteria that provide features used to specify substantial contribution without overburdening the users of the future social taxonomy in terms of content and administration.

The same applies to the Minimum Safeguards, included in the existing Taxonomy Regulation (Article 18) and therefore to be used in the social taxonomy. However, various considerations still need to be reflected.

Furthermore, the plan for the social taxonomy also discusses how special sectors can be assessed and selected. A basic distinction is proposed between so called high-risk sectors on the one hand and sectors with an implicitly positive social footprint on the other hand. While the negative impacts of the high-risk sectors shall be addressed and avoided, the positive impacts of sectors providing social or basic economic infrastructure shall be enhanced. Once again, the NACE system could be used to build this sector framework.

Finally, the activities affected by the taxonomy are discussed in terms of whether they are capital expenditure (CapEx), operating expenditure (OpEx) or turnover and how this could potentially be viewed.

Further explanations relate to questions of governance, metrics and the identification of so-called harmful activities. The relationship between social and environmental taxonomy is also discussed in detail. This is especially interesting because two models are presented that show how the two taxonomies can be aligned or, in any case, how they do not contradict each other.

Evaluation of the “Final Report on Social Taxonomy”

All in all, the proposed structure of the social taxonomy tries to build on the existing EU taxonomy regulation and to reflect the basic elements of the environmental taxonomy, which is positive in terms of a coherent approach of social and environmental aspects and the future handling of the relevant business activities.

It is also important to note that there is thematic overlap between the proposed social taxonomy and other frameworks that already exist or are being discussed, e.g. the Corporate Sustainability Reporting Directive (CSRD). Therefore, it is pointed out that the social taxonomy relates to the activities of the market participants concerned, while most other regulations define reporting requirements for entities. Nevertheless, the boundaries are sometimes blurred or difficult to discern, which is why the present proposal for social taxonomy also aims to include the perspective of parallel regulations.

In any case, the final report contains a multitude of new ideas and considerations but also many question marks on the way to developing a social taxonomy.

Ahead on a green track

The EU Taxonomy and Green Pfandbriefe