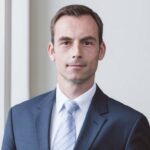 The EU Commission is currently working at full speed on the legislative draft for the European implementation of the finalised Basel III regulatory framework – called Basel IV because of its extensive impact in the industry. Several impact studies show that Basel IV can lead to significantly increasing capital requirements. Against the background of the current challenges, in particular the reconstruction after the pandemic and the fight against global warming, the financing of investment must continue to be ensured. Pfandbrief banks stand ready as financing partners provided the new regulatory requirements do not go beyond the internationally agreed level and European specifics are adequately taken into account.

The European Banking Authority (EBA) published impact studies on the implementation of Basel IV in the EU in 2019 and 2020. According to its recommended implementation options, capital requirements would increase significantly. For all EU institutions included in the impact study, the increase is around 20% on average and slightly higher for European mortgage banks. For the German institutions considered, EBA even calculates an increase almost twice as high, at just under 40%. This is mainly due to the fact that Basel IV, by introducing a capital floor, the so-called output floor, disproportionately increases the capital requirements for low-risk business such as real estate financing. 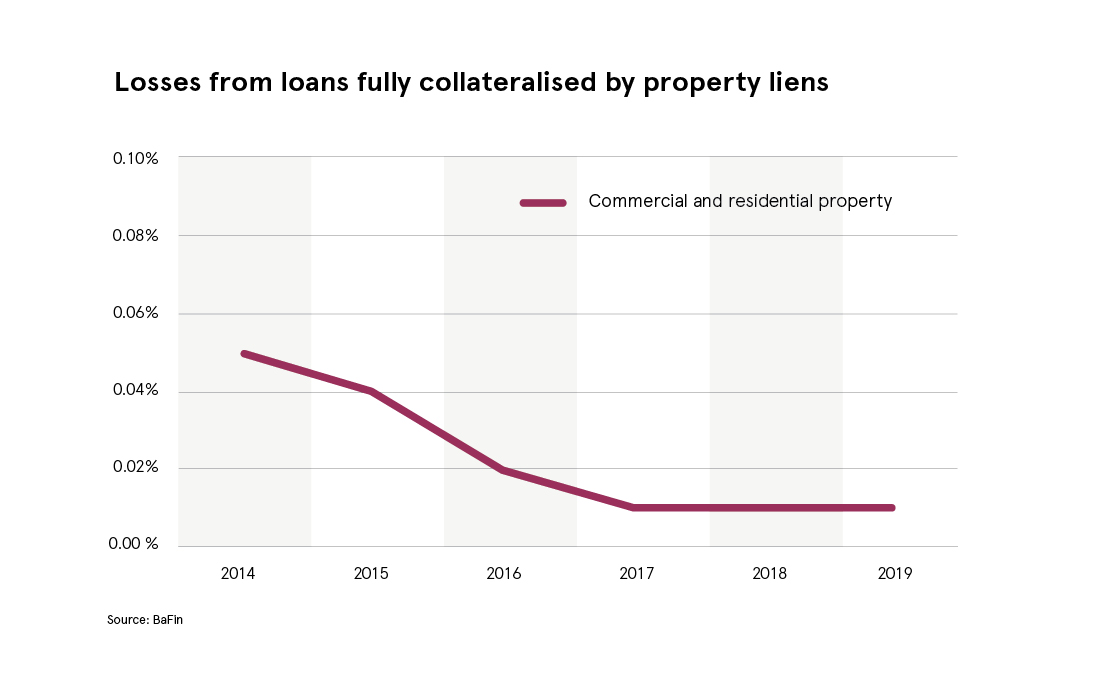 From an economic point of view, the inevitable consequence of a capital requirement that is no longer risk-sensitive is the tendency towards higher risks, since higher margins can be achieved with such transactions without further increasing the capital requirements. However, this cannot be in the interest of prudential regulation. In addition, the comparability of the institutions’ capital requirements deteriorates. For the same capital requirements, there can be significantly different actual risks.

The goal of the EU implementation of Basel IV must therefore be to maintain risk-sensitive capital adequacy. With regard to the output floor, the so-called parallel stacks approach can be used as a parallel calculation. 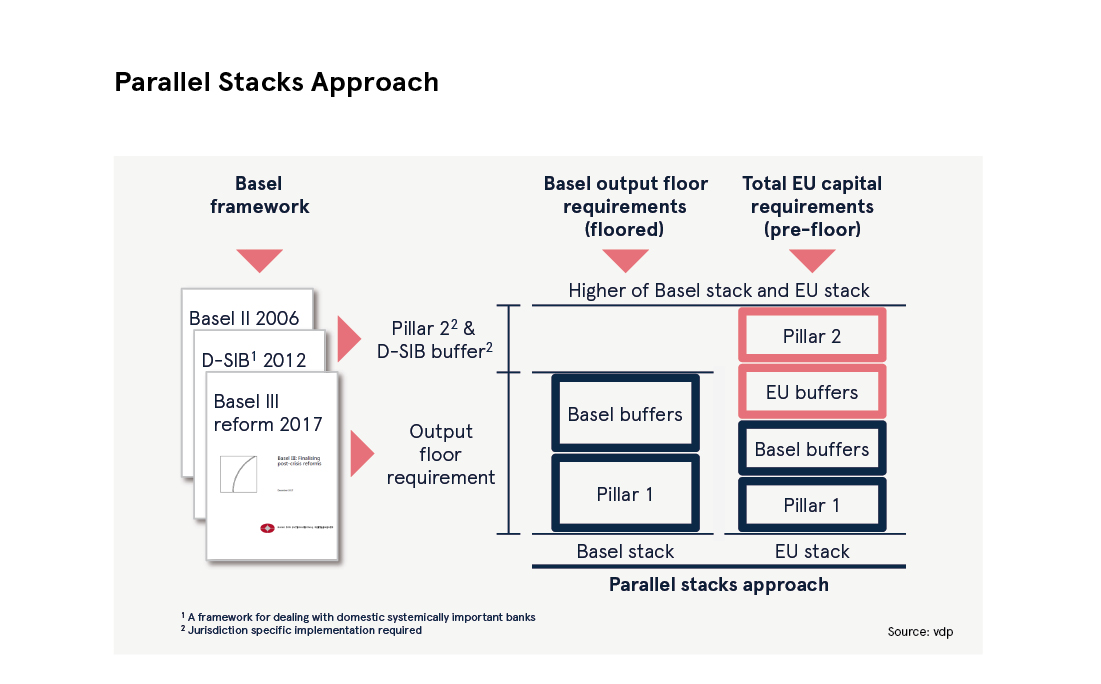 A survey conducted by the vdp among a sample of its member institutions shows that risk-sensitive capital requirements are still possible with this approach. It also makes banks‘ capital requirements better comparable, as the amount of regulatory capital can only be assessed by taking into account the risk at hand. In addition, the unintended significantly higher capital requirements can be diminished considerably.

For real estate financing in Germany, this would continue to allow risk-adequately low consumer interest rates, as no increased regulatory costs, such as those that would otherwise arise from additional required equity, would have to be passed on. Together with the favourable funding via Pfandbriefe, this would further lend support to the traditional long-term financing of real estate that has proven itself in Germany over many decades.

Comments on the Amendment to the Pfandbrief Act

The main changes contained in the Pfandbrief Act Amendment 2021