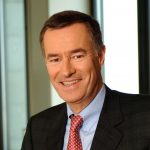 The legislative procedure aimed at a harmonised framework for covered bonds is on the home stretch. The European Parliament’s Committee on Economic and Monetary Affairs (ECON) adopted its legislative report on 20 November 2018, with the European Council reaching an agreement one week later on 28 November 2018 (*1). This signals the start of the trilogue phase involving the European Commission, the European Parliament and the Council, the aim being to reconcile what are, in some cases, conflicting versions of the Directive put forward by the ECON and the Council and to mould them into a final version of the Directive and the CRR. The trilogue negotiations are scheduled to conclude by the end of the first quarter of 2019 at the latest, meaning that adoption of the package of legislation before the end of the current parliamentary term would appear to be a realistic prospect.

Ultimately, both the ECON and the Council maintained the principle-based approach towards the common legal framework, although technical clarifications, additions and also deletions were made in a number of places. In particular, this will help with the subsequent transposition of the legal framework into national law. Another positive aspect is the fact that several petitions put forward by the vdp have also found their way into the legislative proposals.

All in all, the endeavours to achieve “harmonisation with a sense of proportion” have been successful. With the regulatory privileges afforded to covered bonds under European law now set to be safeguarded in the long term, the objective that we consider to be the most important has been achieved. This provides the sort of security that we want to see for issuers and investors.

In addition to the assets eligible for privileged treatment listed in Article 129 CRR, other high-quality assets will also be eligible as cover in the future. As the Directive does not specify what these assets consist of, responsibility for defining “high quality” will lie with the Member States. In particular, movable objects and installations that are not permanently affixed to real property are expected to fall under this definition, as long as they can be encumbered by a lien. In the Council version, the creation of a lien can even be replaced by a national certification scheme.

New refinancing opportunities also look set to emerge in government-related business, as loans to “public undertakings” will become eligible as cover under Directive 2006/111/EC. These undertakings can also include companies organised under private law, as long as the public sector can exert a dominant influence over the companies, at least indirectly. There is no need for any direct recourse to public-sector authorities.

The broad scope of the Directive is reflected in qualitative risk reduction criteria. The ECON and the Council have provided for various mechanisms, which are not yet entirely consistent with each other, to counteract a scenario in which the risk profile of the cover assets is too high. These include credit quality criteria, discounts, diversification or public oversight. The ECON proposes that the EBA develop minimum criteria for the granularity of cover assets and for preventing concentration risks in cover pools. This sort of mandate, however, is something that we view with a critical eye, as it would result in full technical harmonisation, which would not be compatible with the Directive’s principle-based approach.

An even broader scope of application for covered bonds, in particular with regard to SME and infrastructure financing, remains subject to further study. The ECON Committee plans to instruct the European Commission to examine the introduction of “European Secured Notes” (ESNs) and to submit a corresponding report within at most two years of the Directive coming into force.

While Article 7 has remained largely unchanged in the Council version, the ECON has responded to our request by clarifying that the equivalence requirement refers to the collateral and not to the insolvency rights of the individual third countries. This means that the ECON version of Article 7 would have to prevail in the trilogue negotiations.

Restricting business eligible for cover in third countries to a maximum of 20% of all cover assets – as called for by the ECB and one ECON member – was able to be avoided.

The requirements regarding the homogeneity of the cover assets have been relaxed. The Member States have transformed Article 10 into a transparency requirement, with an option for the national legislator to introduce statutory provisions on the level of homogeneity.

The ECON proposal explicitly permits mixed cover pools comprising residential and commercial properties. On the other hand, Member States must allow the creation of separate homogeneous cover pools. We believe that this contradiction will have to be eliminated as part of the trilogue procedure.

Article 10 is certainly one of the provisions in which the ECON and the Council are the furthest apart in their positions.

Segregation of cover assets in the event of bank insolvency

The provisions set out in Article 12 regarding the segregation of the cover assets from the remaining assets in the event that the issuer becomes insolvent have been recognised by both the ECON and the Council as being essential to the security of covered bonds. Insolvency and bailout measures in favour of the bank (resolution) are treated equally, meaning that the cover assets would be segregated in both cases. The bailout and recovery tools used in the event of recovery, however, are generally aimed at ensuring the bank’s survival. Automatic segregation with the potential separate insolvency of the cover pool as part of the bank resolution procedure would run counter to this objective.

The Member States have supplemented the information obligations set out in Article 14 to the effect that issuers also have to provide investors with the ISINs of the covered bond issues. Moreover, a glossary will have to be created containing definitions and data sources and criteria. Finally, it will be necessary to clarify how the obligation to provide investors with risk information about loans can be transposed into national law in a legally compliant manner without violating data protection provisions.

The ECON and the Council agree that maturity extensions should be triggered only on the basis of objective criteria in the event of insolvency or bailout. The ECON has added a corresponding clarification to its wording of Article 17. The ECON is also calling for these criteria to be incorporated into national covered bond legislation as a mandatory requirement. This would render an additional EBA standard in this respect – as also called for by the ECON – superfluous.

The European Commission and the Council are proposing a common label for both Directive-compliant (level 1) and CRR-compatible covered bonds (level 2). The “European Covered Bonds” label would be available for both levels. By contrast, the ECON has decided to give CRR-compatible covered bonds the “European Covered Bonds (Premium)” label. It remains to be seen whether the ECON proposal will prevail in the trilogue negotiations. In any case, the national designations and protection mechanisms will remain unchanged.

The Council and the ECON have not changed the basic 5% over-collateralisation requirement for those assets that qualify for preferential risk weighting pursuant to Article 129 CRR. This also applies to the option of reducing this ratio to as little as 2% for real estate financing subject to certain conditions. Both the ECON and the Council accepted our proposal that this sort of reduction should be decided not by national supervisory authorities but rather by each Member State.

We were unable to persuade the ECON to include our proposal regarding the introduction of capital add-ons for maturity extensions exceeding one year. Instead, the EBA is to be instructed to conduct a study on the risks that maturity extensions can pose for investors.

After lengthy discussions, a consensus was reached in both the Council and the ECON that credit quality step 3 institutions should also be recognised as eligible for privileged treatment for current liabilities due within three months and that they should be authorised as derivative partners for derivatives business. Both bodies are calling for evidence to be furnished of significant concentration risks for derivatives transactions with step 3 banks, including an EBA position.

However, different upper limits apply to step 3 banks. Whereas the ECON would like to limit these risk positions to a maximum of 5% of a credit institution’s outstanding covered bond volume, the Council would permit an upper limit of 10%. This is a matter that will require compromise during the trilogue negotiations.

The period for transposing the legal framework into national law is expected to last 18 months. In addition, a further year is planned to allow for the application of the national provisions in practice.

(*1) On 12 March 2018, the European Commission had presented its “proposal for a Directive on the issue of covered bonds and covered bond public supervision and amending Directive 2009/65/EC and Directive 2014/59/EU”. It also proposed an amendment to Article 129 CRR to supplement the requirements that apply to the preferential risk weight treatment of covered bonds.