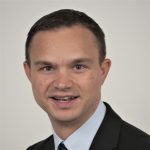 Even more so than the question of how the third Covered Bond Purchase Programme (CBPP3) would be continued, the main focus of interest when this year began was on expectations regarding issue volumes and spread movements. At the end of the first six months, we wish in the following to take a closer look at developments in H1 2018.

With a new issue benchmark volume (ex taps) of €85.25 billion, the first half of 2018 proved to be considerably stronger than many market participants had anticipated. The volume for the corresponding period one year before (€75.25 billion) was exceeded by no less than 13%. In total, 71 issuers came to market, which was only slightly more than in the first half of 2017 (68 issuers). However, given the possibility that the European Central Bank (ECB) might exit from the CBPP3, they appeared on the market much more often, placing 107 issues (H1 2017: 90). The leaders here were the French CAFFIL and Commerzbank from Germany, each accounting for four issues. These were followed by CFF, Erste Bank, HeLaBa, Nordea, Rabobank and SCBC, each of which brought three issues.

Posting a benchmark volume of €15.5 billion or 26 issues, German issuers in particular were able to ramp up their issuing activities considerably compared with the corresponding period one year earlier (H1 2017: €10.25 billion; 16 issues). As a result, the issue volume of 2017 as a whole (€15.25 billion; 25 issues) had already been exceeded by the mid-year point. With a total of €16.5 billion, only France recorded a higher issue volume, although its figure for the first half of 2018 was down slightly compared with the previous year (H1 2017: €17.75 billion).

Higher growth was also seen in the Netherlands. In particular, the country’s large banks ING Bank (€1.75 billion), ABN Amro (€3.25 billion) as well as Rabobank (€3.25 billion) – which brought Jumbo issues – led to a 63% leap in new issue volume to €9.75 billion. Moreover, the latter two issuers took advantage of the favorable spread environment and the support that the ECB continued to provide to place long-running paper in the maturity range of 15 to 20 years. Its neighboring country Belgium likewise again stepped up its presence in the market in 2018. Whereas the institutions benefited last year from the attractive option of funding through TLTRO2, each of the four Belgian issuers (Belfius, BNPP Fortis, ING Belgium and KBC) made one appearance in the market in the first half-year, leading to an issue volume of €3.25 billion (H1 2017: €1.0 billion). From overseas, Canadian institutions have again made increasing use of the euro as issue currency in 2018, and their issue volume advanced clearly from €2.50 billion to €8.75 billion in H1 2018 as a result.

The Nordic issuers, too, have been strongly represented in the market so far this year, although with a total of €14.5 billion they fell somewhat short of the corresponding half-year in 2017 (€15.75 billion). Sweden saw a drop by €2.25 billion to €3.50 billion. Moreover, there have been no Danish EUR benchmarks to date this year.

With only one bank placing a debut benchmark – Norway’s Sbanken Boligkreditt – the first half of 2018 was characterized by familiar faces, unlike the corresponding period one year earlier. In the first six months of 2017, no less than five institutions appeared on the market with debut issues, namely Coventry BS, DBS, OCBC, Rabobank and Bank of Queensland.

A trend which became apparent and which, in our view, is likely to continue over the course of this year was the rising issue volume of green and sustainable covered bonds. Whereas only three banks – Berlin Hyp, Deutsche Hypothekenbank and Spain’s Caja Rural Navarra – had previously been active in this segment with benchmark issues, the number of issuers doubled in the first half of this year. In addition to Norway’s Sparebank 1 Boligkreditt (SPABOL 0.5 01/30/25; €1.0 billion) and DNB Boligkreditt (DNBNO 0.625 06/19/25; €1.5 billion), Germany’s LBBW (LBBW 0.125 06/27/23; €0.5 billion) also made its debut here in mid-June. Moreover, after revising its sustainability framework at the end of December, Caja Rural Navarra issued its second benchmark covered bond (CRUNAV 0.875 05/08/25 €-0,5 billion ) in the sustainability segment, taking the sustainability benchmark volume in H1 2018 to a total of €3.5 billion. The green issues brought by all of the institutions benefited from heightened demand by their specific sustainability investors. On June 12, 2018, moreover, Luxembourg became the first jurisdiction to pass a law on green covered bonds, which governs the funding of projects for regenerative energies through covered bonds.

A glance at the buyers’ side shows that central banks and official institutions continue to hold a place among the largest investor groups, with an average share of 31.6%, trailing banks with 34.1%. If one considers only the paper eligible for purchase under CBPP3, the share accounted for by central banks/official institutions is even higher (36%). However, it could be seen in the last two months in particular that the ECB is gradually winding down its purchases. This was underscored in June by an average share for central banks of only 27%. This is consistent with statements by market participants to the effect that orders by the ECB at first amounted to 50% of issue volume, but were reduced to 40% and 30% in March and April respectively.

The ECB’s continuing presence caused issuers to concentrate even more strongly on the maturity segments “≥7 years to <10 years” (38.7%) and “≥10 years” (33.4%). It also became clear that there was a lack of support for long-running issues as the ECB increasingly withdrew, however.

Measured in terms of secondary market spreads, the risk premiums for covered bonds moved sideways at a low level up until mid-March. Talk of a possible tapering by the ECB then led to a slight widening up until end-April. At the end of May, discussions surrounding the formation of the Italian government and the ousting of Spanish Prime Minister Rajoy fueled a further widening of the benchmark index iBoxx EUR Covered by six basis points. At the country level, Italian covered bonds saw the greatest increase, namely by 45 basis points, ahead of French covered bonds (+11 basis points) and Spanish single cédulas (+9 basis points). Overall, however, risk premiums rose to a considerably less extent than for government bonds, which underscores the importance of covered bonds as a safe haven.

From the beginning of October, the ECB plans to halve its purchase volume under the quantitative easing (QE) program from €30 billion to €15 billion per month up until end-December. Net purchases are to be discontinued as from 2019, although reinvestments will still be made. The reinvestment of proceeds from matured covered bonds is set to be in the region of €20 billion in 2019. All in all, we expect risk premiums to increase further, especially from Q4 2018 onwards. However, in view of the ECB’s ongoing support, we believe that these increases will remain within limits. Political risks, on the other hand, constitute a greater influencing factor.

The ongoing, relatively low spread environment enabled issuers to continue to fund themselves at favorable rates through the primary market in the first half of 2018. German Pfandbriefe posted the lowest spread level of -12 basis points on average. By contrast, Spanish and Italian issuers had to pay risk premiums averaging 30 basis points. The ECB’s growing reluctance with regard to primary market issues is reflected, moreover, in new issue premiums, with corresponding incentives being paid to encourage the return of traditional investors. The average new issue premium over the course of the first half-year came to 4.2 basis points. However, the average for Q2 2018 was, at 4.9 basis points, considerably higher than in Q1 2018 (3.6). In our view, premiums are likely to persist at similarly high levels in the months to come.

Issue forcast adjustment for 2018 as a whole

With a benchmark volume of €85.25 billion, mid-way through 2018 the covered bond primary market had almost exceeded the maturities of the entire year (€86.9 billion). Given that the ECB will be scaling back its asset purchases further, brisk issue activity may also be expected in the second half of this year. However, it is likely to fall well short of the first half-year’s figure.

Our original issue forecast at the start of 2018, namely €97.50, billion has already almost been reached. This has prompted us to make mostly upward adjustments in selected jurisdictions. Particular mention should be made here of France (from €16 billion to €21 billion), Germany (from €15 billion to €20 billion), Canada (from €5 billion to €10 billion), the Netherlands (from €8.0 billion to €11.0 billion) and Austria (from €2.5 billion to €5.0 billion). Overall, we are now expecting a benchmark issue volume of €120 billion for 2018 as a whole, with issues totaling around €35 billion likely to be brought to market in the second half of the current year.