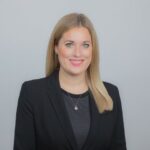 As of July 8, 2022, the requirements of the European Covered Bond Directive (CBR), which has been transposed into national law, must be applied in all 27 EU member states.

Although the short-list provided by the European Commission on the respective national implementation status still shows the status as of June 2, according to which not all countries had yet completed the implementation, to our knowledge all major covered bond countries have implemented the directive on time, so that uniform minimum standards for covered bonds apply in the EU since this effective date. Since July 8, this also means that there is a new type of quality seal for European covered bonds, defined by the CBR. If a country’s covered bonds comply with the national covered bond law as adapted by the CBR, they can be designated as “European covered bonds”. If, in addition, the bonds also meet the requirements for preferential capital treatment (in accordance with Article 129 CRR), then they are designated as “European Covered Bonds (Premium)”.

DEFINITION OF THE NEW EUROPEAN LABEL FOR COVERED BONDS 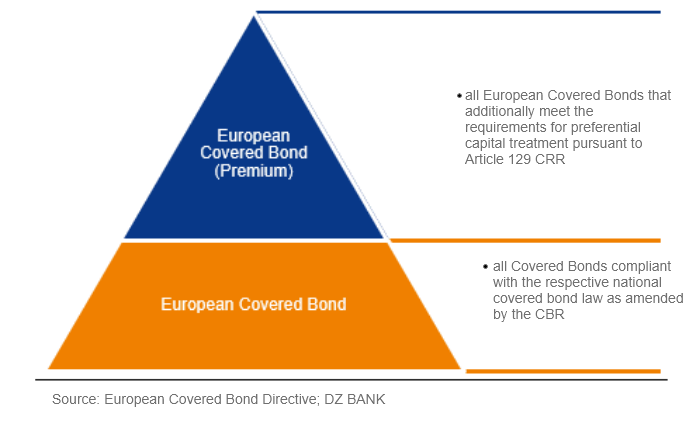 In our view, this new classification of covered bonds will be a welcome aid for investors to classify covered bonds in regulatory terms. This is all the more true as all responsible national supervisory authorities in the EU are now required to publish lists on their websites of which covered bonds fall into the “European Covered Bond” or “European Covered Bond (Premium)” category in their country. This will allow investors to refer to a public source of information, for example, to prove the privileged capital treatment of these bonds in the case of “European Covered Bonds (Premium)”. Among others, both BaFin and Banco de Espana have already published corresponding lists. In some EU countries, issuers may still be busy in the coming weeks to adapt the program documentation of their covered bond programs to the amended local covered bond law or to clear other administrative hurdles before they can issue new covered bonds again. We assume that most issuers will use the approaching summer break for this kind of work in order to be able to issue covered bonds again from September.

Legal notice and conflicts of interest of DZ BANK Research can be found here.