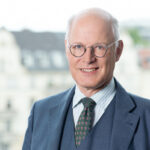 After a majority in the United Kingdom of Great Britain and Northern Ireland voted to leave the EU in the 2016 referendum, the vdp had to clarify what this would mean both for mortgage cover assets and for the future of Pfandbrief banks’ real estate financing there. First, a solution was found as early as February 2019 whereby German lawmakers took account of the impending Brexit, the date of which had not yet been fixed, in the Pfandbrief Act (PfandBG): the United Kingdom was included in paragraph 13 (1) sentence 2 of the Act in the list of third (non-EU) countries in which mortgage cover assets may be located.

For the United Kingdom, the legislator created a transitional provision in section 49 (4) PfandBG in February 2019: all cover assets entered in the cover register until the UK finally left the EU were not subject to the 10% limit. However, this provision was of course not enough. Pfandbrief banks wanted to continue their business in the UK after Brexit was finalized on December 31, 2020. In addition, rating agencies wished to see Pfandbrief creditors’ preferential insolvency rights safeguarded over and above the statutory provisions.

The vdp has worked on developing structures for this purpose since the end of the 1990s. If Pfandbrief creditors’ preferential right in the event of insolvency in a third country is not secured by law, it must be secured contractually by granting rights in favour of the Pfandbrief creditors in the third country in accordance with local law. They receive a legal security that gives rights with which to proceed against separate insolvency proceedings and seizures in that jurisdiction.

The vdp has developed such contractual structures for the most important third countries permitted by the Pfandbrief Act for the cover of Mortgage Pfandbriefe. They exist for Switzerland, the USA, Canada (Ontario) and even Japan.

Since September 2018 the vdp has been working on a new contractual structure for the United Kingdom that would secure the preferential insolvency rights of Pfandbrief creditors. From the outset, the aim was to make use, in favour of Pfandbrief creditors, of the strongest form of security that English law provides in England on mortgage cover assets: the fixed charge, which is created on certain defined assets and keeps the priority of the time of its creation. In view of the fact that, according to English case law, the holder of the fixed charge must also have control over this security, a regulation had to be found the recognition of which by the courts is assured and which at the same time does not unreasonably impede the business of the Pfandbrief banks.

Control over a mortgage loan usually actually only refers to control over the incoming proceeds. It is therefore necessary that a special account is created to which these incoming payments would flow and which the holder of the fixed charge controls. To this end, the following structure was developed.

The Pfandbrief bank agrees on a fixed charge with a security trustee. For this purpose, an extensive model of such an agreement, a deed of charge, was drafted. This was coordinated in detail with potential security trustees; these are financial institutions specializing in fiduciary transactions. An account is opened to which the fixed charge also extends. Such an account (ST account) can be held with two banks with which corresponding agreements have been negotiated. The account is held in the name of the Pfandbrief bank, but is specially designated.

This is a rather formalistic process which entails, among other things, that Pfandbrief banks cannot dispose of funds until two weeks after they have been received in their account, but it is substantially reduced given that the respective final payment on a loan claim is not subject to the 15-day period and can be booked directly to another account of the Pfandbrief bank. This is because the final payment extinguishes the receivable and thus ends the fixed charge. In the case of the bullet structures prevalent in the United Kingdom, the majority of redemptions are thus excluded from the liquidity burden of the 15-day period.

Furthermore, a solution has also been found for syndicated financing of real estate in England. Thus, altogether, a legally verified set of agreements is now in place that ensures that Pfandbrief banks can continue their activities seamlessly in England. Moreover, expert opinions have confirmed that this solution for contracts governed by English law is also effective in the two jurisdictions in the United Kingdom that differ from English law, namely Scotland and Northern Ireland. First Pfandbrief banks have already begun implementing this contractual solution for the United Kingdom.

The Pfandbrief and its legal foundations

Comments on the Amendment to the Pfandbrief Act

The main changes contained in the Pfandbrief Act Amendment 2021