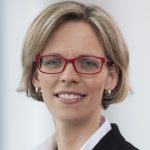 Progress has been made in reducing the level of problem exposures

Covered bond issuers provide quarterly information on the share of non-performing loans (NPLs) in the cover pools. This ﬁgure is often at a similar level to the bank’s loan book. Sometimes, however, it can deviate signiﬁcantly. Either way, investors should be pleased to note that the level of non-performing loans at EU banks has continued its downward trend. According to the EBA, in the second quarter of 2018 the average NPL ratio was 3.6%, and thus at its lowest level since the end of 2014. Although the average NPL ratio calculated speciﬁcally for commercial property was higher at 4.5%, this also represented a decline. However, banks in some regions, particularly southern Europe, continue to suffer from a high level of non-performing legacy portfolios. 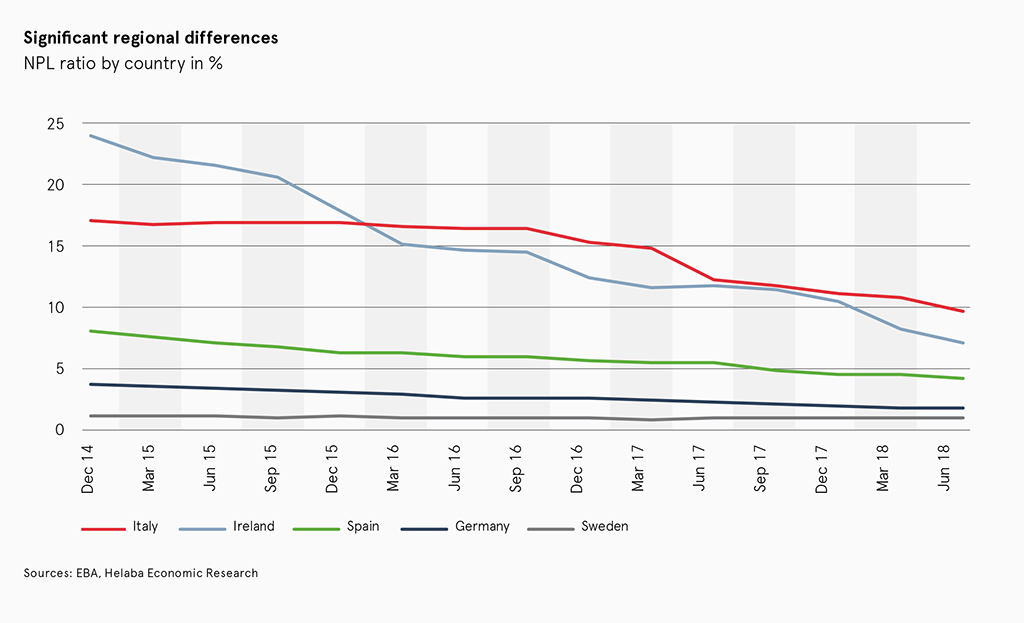 Regional differences between NPL ratios are also apparent in the cover pools. While the covered bond profiles that we present quarterly for Germany, France, the Netherlands, Sweden and Norway comprise few non-performing portfolios or none at all, the NPL ratios of Spanish and Italian cover pools are still reaching levels of up to around 7%. Nonetheless, a steady improvement can be observed for these countries as well. 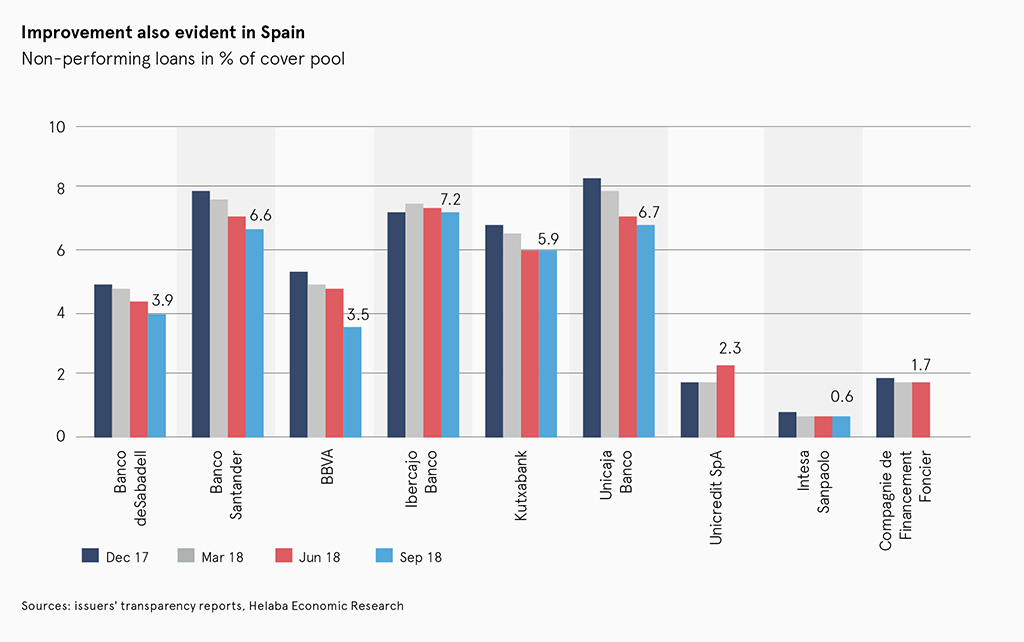 The share of non-performing loans is regarded as an important indicator of the credit quality of the portfolio providing collateral. After all, problem exposures can lead to defaults and, in the event of a crisis, could reduce the cover pool needed to service the bonds. This would jeopardise the statutory or contractual minimum over-collateralisation, which is specifically intended to protect covered bond creditors against credit risks. In order to prevent this scenario, some covered bond legislation or programme documentation, for example in Italy and the Netherlands, stipulates the partial or complete deduction of non-performing loans when calculating the eligible amount of cover. This strengthens the quality of the minimum over-collateralisation, even when the issuer is in distress. But issuers normally provide levels of over-collateralisation which are in any case well above the minimum over-collateralisation ratio in order to preserve their rating.

Rating agencies take into account elevated credit risk due to problem exposures in their analyses of credit standing. Although they focus on the available cover pool including non-performing exposures, these credit watchdogs assume increased probabilities of default for problem loans – frequently based on the length of delinquency – in their calculation of credit losses. In most cases this results in a higher over-collateralisation requirement for the target rating than for cover pools without non-performing loans.

Harmonised treatment of non-performing loans is not expected

Overall, therefore, over-collateralisation provides protection against bad debt losses. Nevertheless, investors should continue to pay close attention to problem exposures in their analyses, especially bearing in mind that loan defaults are at a cyclically very low level at most institutions 2. This is particularly the case if the non-performing loans are counted in full towards the calculation of the statutory minimum over-collateralisation. Furthermore, even after the forth-coming harmonisation project, no uniform approach across Europe is expected for the treatment of non-performing loans.  An EBA standard is already in place on calculating NPL ratios for banks. All the same, the harmonised transparency template has resulted in issuers adopting a uniform calculation method on a voluntary basis. 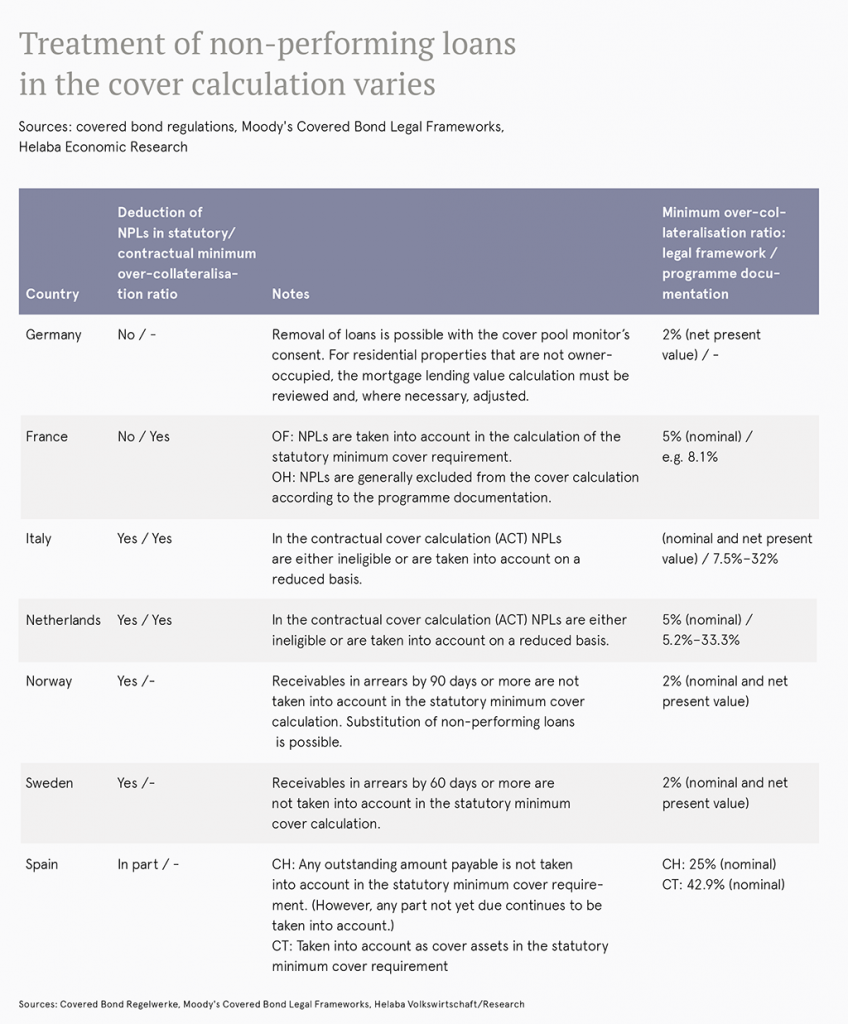