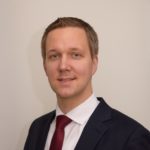 Following the announcement that Interbank Offered Rates (IBOR) would demise at the end of 2021, Sterling bond markets have led the market for financing products based on the new Risk Free Rates, known as RFRs, which have been introduced to replace LIBOR. In the last year, nearly all new Sterling FRN transactions have been issued based on SONIA compounded in arrears, with investors quickly embracing the new format, and supported by a good level of liquidity.

SONIA is the UK’s designated successor rate to GBP LIBOR, and is a daily overnight rate based on the average rate of actual financing transactions reported to the Bank of England. By contrast, LIBOR is a term based rate estimating the cost of banks’ lending to other banks over a specified period (for example, 3 months). The main differences between the two rates are therefore that LIBOR includes both liquidity, term and bank credit premium, whereas SONIA is an overnight near risk-free rate. In order to use SONIA in capital markets transactions, the rate is compounded on a daily basis and known at the end of the period, compared to LIBOR which is fixed at the start. For this reason, SONIA transactions have 5 days a ‘lag’ or ‘lookback’, which allows some operational buffer for the rate to be determined in advance of the end of the period, as well as facilitating the calculation of accrued interest for secondary transactions.

Covered bond markets have followed this trend, with the first SONIA-based covered bond issued in mid-2018. The GBP covered bond market year-to-date has seen lower supply versus 2018 and 2019 with GBP8bn being printed YTD across 9 benchmarks and 1 tap compared to GBP14bn in 2019. Issuers from the UK, Canada and Australia have been the most active in the market by volumes in the past while German issuers also remained regularly active in the GBP covered bond market over the last years. More than GBP22bn has been issued in 2019-2020 YTD with 100% being in the new SONIA Floating-rate-note format from UK, Canadian and Australian issuers. It was only in late September that the market saw the first GBP SONIA covered bond transaction from a European borrower (excluding UK), Deutsche Pfandbriefbank AG.

The Sterling market has historically been a strategic and important funding source for Deutsche Pfandbriefbank AG (pbb). Being a regular issuer in the Sterling market, and having a natural need for Sterling with circa 10% UK exposure of the EUR29.2bn Real Estate Finance portfolio, it was a logical next step for pbb to enter the SONIA market having included the appropriate SONIA language into their issuance programme earlier this year.

pbb opted for a 1.5-day approach to give investors sufficient time for credit work as the Sterling market hadn’t seen new benchmark supply since February 2020. The 1.5-day strategy paid off well and on the back of strong indications of interest received on 23 September 2020, books were formally opened the next day with initial guidance of SONIA+43bp area. The transaction saw strong momentum from the outset allowing pbb a clinical 5bp single-step pricing revision from initial guidance of SONIA+43bp area to SONIA+38bp for its 3 year GBP500m debut SONIA transaction. Final books at reoffer closed at GBP1.7bn with 58% of the bond being allocated to UK accounts supplemented by 18% Germany, 10% Nordics and 10% rest of Europe.

In addition to the transaction being pbb’s inaugural SONIA transaction it was the first SONIA covered bond from a European issuer (excluding UK), the second tightest SONIA Covered Bond launched to date (Lloyds 3yr SONIA+37bp in January 2020 being the tightest) and the first high cash price / high coupon structure on a SONIA Benchmark Covered Bond – a method increasingly being used to mitigate against negative GBP rates.