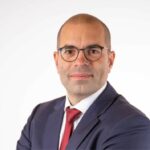 Covered bond specific liquidity management certainly is of high importance – a fact that has been reflected in the legal developments of many countries and finally also in the Covered Bond Directive (180 days). However, covered bonds are issued by banks which in turn are subject to general bank liquidity regulation (LCR) applicable for a period of 30 calendar days. As a result, the LCR regulation duplicates the liquidity requirements that covered bond issuers have to comply with, as two separate liquidity buffers composed of similar liquid assets need to be maintained at the same time. In particular, there is an overlap between the two liquidity requirements during the next 30 days.

However, exactly this is what was published on 10 February: the EU Commission published a final draft on how the LCR Delegated Act (officially supplement regulation 575/2013) is supposed to internalize the specifics of a liquidity buffer of a covered bond cover pool.

In this final draft, the EU Commission dealt with the key challenge that – by definition – assets used for LCR coverage have to be unencumbered; a requirement that stands in contradiction to the fact that assets held as part of the liquidity buffer are part of the cover pool and therefore encumbered.

When examining the new Article 7 2a in practice, one has to bear in mind that the liquidity buffer is based on net cash flows in the next 180 days whereas the LCR targets the next 30 calendar days only.

We understand paragraph 2a in a way that covered bond issuers now have to calculate two buffers – one for 30 and one for 180 days. The reason is that the new 7Art. 7 2a only allows the LCR recognition of liquid assets in the cover pool up to the amount of net liquidity outflows. A full recognition of the entire 180d liquidity buffer would lead to an inflated LCR ratio as per definition of the LCR no outflows are standing against the assets.

However, the EU Commission had to deal with another shade of the LCR vs. liquidity buffer: in some covered bond systems, e.g. in France, Norway, and Ireland, the issuing entity practically entirely consists of cover assets. Since the issuer is a bank, it also has to fulfill LCR requirements and therefore might have to rely on the liquid assets in the cover pool that go beyond covering the net outflows for the next 30 days – a practice that would stand in contradiction to Art 7 2a. In order to also find a viable solution for these issuers, the EU Commission introduces Art 7 2b) which allows this group of issuers to also recognize assets that would be excluded in Art 7 2a to work as LCR coverage (additional requirements apply).

Encumbrance was one issue – monetization the other

The requirement that assets used for LCR coverage must be unencumbered (or deemed unencumbered as we just learned) is just one challenge that the EU Commission had to overcome. Another challenge was the requirement that in order to employ assets for LCR recognition, issuers have to demonstrate the tradability of the asset. For unencumbered assets, this is a trivial issue; however, for assets that are just treated as if they were unencumbered but that are de facto part of the cover pool, demonstrating secondary market liquidity requires a load of administrative issues. Therefore, the EU Commission allows for the monetization to be proved if the credit institution regularly, and at least once a year, monetizes liquid assets that constitute a sufficiently representative sample of its holdings of assets in the cover pool liquidity buffer without having to be part of that buffer.”